Find this article at:
go.ncsu.edu/readext?697744
— Written By Gene Fox

One of the best things we can ever receive is good advice. Where does good advice come from? King Solomon asked for wisdom and knowledge when God made him king of Israel. These days, some folks use consumer reports, others use word of mouth, and many of us read product reviews on our favorite shopping site! Some of us go by the old adage, “That’s the way my daddy did it and his daddy before him”. Are any of these wrong? Absolutely not! Do any of these sounds familiar?

North Carolina Cooperative Extension, like all of the other Land Grant Colleges in the Nation, has been mandated to bring research-based, unbiased, University information to you the consumer. This means we do not go by perception or the way we have always done it, instead we use research-based, proven methods and information. We are strongly against endorsing particular products or companies as well. This would mean that we are biased and therefore have lost our relevancy and integrity. However, the data and factsheets can speak for products. Remember though, this data, in order to be relevant research-based information, must be replicated!

I say all of this to get to a great conversation I had with a client this week. The 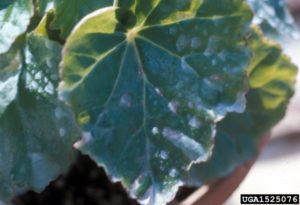 bottom line, in his words was, “So, I should have called you first. That could have been a whole lot better than calling GEICO for my 15%!” You see, his particular problem not only cost him his garden but a whole lot of time, money, and sweat that he put into his garden. He sprayed a chemical that caused the whole garden to flatten overnight for an insect pest that he didn’t have.

I am the first to say, I do not know everything about anything and I certainly have done my fair share of things the wrong way on the first go around. I sure would like to have some of those moments back and just 50% of the time and money they cost me! However, NC State Cooperative Extension is a network of Agents, Specialists, Researchers, and Professors that are all literally at your fingertips! What I do not know goes through this entire network until we find an answer for you. 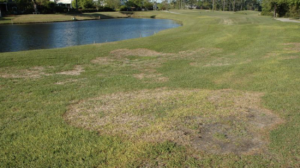 One of the big questions I have been getting right now, and as an add-on to last week’s article, is what can I spray to fix it? Often times there are particular products that need to be sprayed within a particular time period in order to work. For example, I have posted several alerts and mentioned in previous articles that Large Patch, a warm-season turf fungal disease is really active this year. However, now is not the time to make your fungicide application. The fungicide only has efficacy when soil temperatures are lower, consistently below 70°F. These are expensive chemicals, if you are spraying, or pleading with your lawn maintenance guy to spray something, STOP! If he is declining to make an application, it is because he is a good one and is trying to save you money!

I often get calls in the winter months about how to get rid of moles. The best way to get rid of moles is to remove their food source. They are foraging in your lawn looking for white grubs. White grubs are the larvae of beetles such as June beetles and Japanese beetles. Here’s the thing though, treating for them in the winter is completely ineffective. The time to treat for white grubs is mid-April through mid-May and again in the late summer to early fall. This is when we get the most efficacy from the chemicals used, any other time of year and it is completely ineffective. Over the course of the spring (like now), they have already emerged from the soil as adults. The adults will lay eggs and then the larvae will emerge and be active in the latter part of August into September. When soil temperatures begin to decline, they begin to tunnel deeper and become less active. Chemicals will not get to them when they are lower in the soil profile. 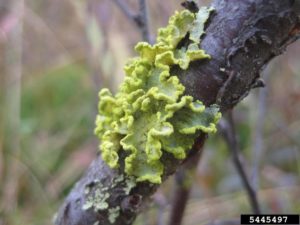 I had a call the other day from a client that was wanting to know why the fungicide spray they had used wasn’t working and if they should use round-up to kill it. I asked what they were spraying and the problem they were trying to prevent. As it turns out, they had lichen on their trees. While Lichen is kind of a fungus, it is really an indicator that can be used to tell when a plant isn’t growing the way it should be or has reached maturity and is slowing down. Lichen is a complex symbiotic relationship between fungus and algae. Most often, its presence can indicate compacted soil or poor soil fertility. In either case, the tree isn’t getting the nutrients and water it needs to flourish. They are not harmful to the trees!

The last one is a call I had, the client thought they had scale on their privet. What the client noticed was a decline in the health of one bush versus the healthy bush beside it. They took their pictures to one of the local stores and the helpful clerk recommended a product to kill their bugs. Here’s the problem, the pictures were of the upper leaf surface, the “bugs” are on the underside of the leaf. How did they know what the issue was? Looking at the upper surface, it could have been four different problems, each having a different method of control.

The moral of the story is, you have got to know and understand the problem you have before you can fix it. If you don’t know the problem, how can you possibly know how to fix it? Please don’t waste your hard-earned money, sweat, and time on things that do not work!